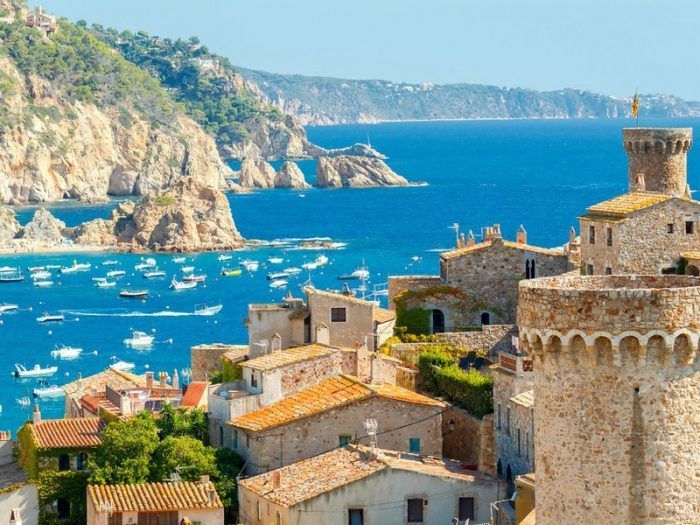 Famous  for its charming coastal region known as the Costa Brava, Catalonia offers some of the most beautiful beaches in Spain. There are so many towns from where you can enjoy the Mediterranean breeze! Here are our recommendation for your trip. this is our selection of Top Seacoast Towns of Costa Brava Catalonia Spain. 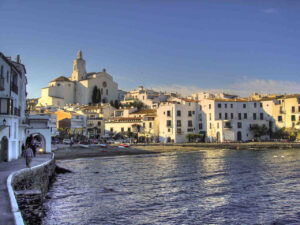 A town rich in history, Cadaqués is a charming coastal town often visited by the likes of great Catalan artists Salvador Dalí, Pablo Picasso and Joan Miró. A popular weekend getaway for the residents of Barcelona, just a mere two hours or so from the Catalan capital, it is a popular retreat for both locals and travelers. One of its most remarkable features is the presence of Cuban-style houses. These were constructed by the rich descendants of Cadaqués residents who emigrated to Cuba in the early 20th century and were financially successful. 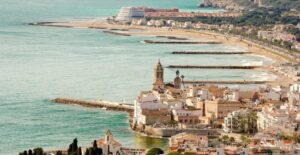 Located just 35 kilometers south of Barcelona, Sitges is a popular day-trip for travelers staying in Barcelona looking to escape the hustle and bustle of the city without having to compromise on the availability of bars, restaurants and night-clubs. Known for being one of the most gay-friendly towns in Europe, Sitges has a vibrant night-life and a friendly atmosphere. Many of the beaches surrounding Sitges have been awarded a blue flag by the European Union.

This historic town is believed to have been populated since as far back as the Neolithic era and remains of its Roman and Medieval past are still visible today, including the Medieval wall which once surrounded the city. Despite being located on the water front, Tossa de Mar thrived thanks to its production of cork. Exporting thousands of cork taps to America in the 18th and 19th century. Today it is a down-to-earth seaside town with a laid-back atmosphere with a real village feel to it. 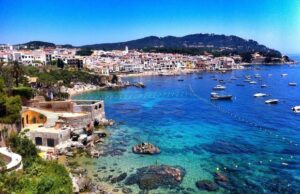 Part of the municipality of Palafugell, one of the largest cities in the area, Calella de Palafrugell is a small coastal resort and fishing town with a relaxed atmosphere. The town has managed to preserve much of its original charm and escape the mass tourism which thrives in many other parts of the Costa Brava. The small beaches surrounding the town are the perfect destination for those looking to escape the noise of larger resorts, and indulge in some r&r. 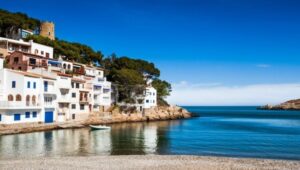 This small coastal town truly is one of the hidden gems of the Costa Brava, rich in historic monuments, authentic restaurants and some of the most beautiful and well-preserved beaches in the area. The secret to enjoying a trip to Begur is to venture away from the town center and discover one of the smaller beaches surrounding it such as Aigua Freda, Sa Tuna or Aiguableva. Here you will find some one of the picture-perfect romantic settings on the Catalan coastline.

With not much more too it than a beach and a small town center with a few restaurants, shops and hotels, Sant Pol de Mar is not one for those in search of busy bars and party atmospheres. Yet Sant Pol is something of a secret among locals, only familiar to those who know the area and dare venture further afield from the main resorts. The spots popularity no doubt owes something to the sense of old-fashioned seaside fun which comes with the absence of modern distractions. The perfect spot for those looking for nothing more than a quiet places to enjoy the sea breeze and the sound of the waves.

¿Looking for Halal Restaurants in Barcelona?