In the Andalusia Madrid and Barcelona Muslim Tour we will visit and learn about the Islamic Heritage of Spain in the hands of a Spanish Muslim tour guide who is specialises in Islamic History, you will discover the amazing Muslim Civilization that was created in this part of Europe during the Middle Ages, and that still is very present today. Furthermore, we will introduce you to the local communities to experience by yourself the authentic local culture. After exploring Al-Andalusi Heritage, we will head to Madrid and then Barcelona, where we will visit the Famous Camp Nou stadium, La Rambla Street, Beautiful Mont Juic, And Have Free time for Shopping in the Cheap Fashion Outlet “La Rocca village”. Therefore it is a really fascinating experience!

As a Muslim Travel Agency, all our services are directed for Muslim travelers, so we take care of the Halal Restaurants and Prayer Times.

To Request the Tour

4* HOTELS: 6 nights in nice and clean Hotels in every city

ALL TRANSFERS: All the transfers are covered.  New and fully AC minibus

FLIGHTS are NOT INCLUDED in the package.

Here is the detail of our Andalusia Madrid and Barcelona Tour.

Welcome to Spain!!! Our Muslim guide will wait for you at the Malaga Airport. And from there we will travel to Cordoba, the capital of Al-Andalus for 300 years, where the Bani Umayyads created the most advanced civilization of Europe in the 10 C. After that we will visit The Great Mosque of Cordoba, Bridge of Musa ibn Nusayr, Calahorra Tower and Andalusi House. And then we will have lunch in the halal restaurant. So those are the main visit in this first day. After that there will be free time to visit the old quarters, to self explore and shopping, and then time for dinner and overnight in Cordoba.
Day 2

After Breakfast we will visit Medinat Al-Zahra archeological site and interactive Museum. It was the city of the Umayyad Khalifa during the 10th century, and it represents the peak and maximum splendour of Islam in Spain. After that we will head to Seville, which is the capital of Andalusia nowadays. And we will visit the main monuments of Seville, The Royal Alcazar, for your information this is a Christian Palace built by Muslim craftmen with an unique Mudejar decoration; The Giralda Tower, the former minaret of The Mosque of Seville from the year 1182 where the muadzin used to go up to call azan 5 times a day. After lunch we will finish our visit in the Muslim quarters and Plaza de España. And then we spend an overnight in Seville.
Day 3

After breakfast we will proceed to Granada (4hrs), crossing the beautiful lands of La Mancha, with the Windmills of Don Quixote, and the orchards of grapes, olive trees and wheat. We then have lunch in a Halal restaurant. Once we arrive Granada, we will check in at the hotel to freshen up. In the evening we will visit the Albayzin, former Muslim quarters, panoramic views to the Alhambra, Grand Mosque of Granada. There will be Free time to visit the Moroccan Bazar and City Center. Afterwards we will have dinner and overnight in Granada.
Day 4

After breakfast we will visit the Alhambra, the most visited monument in Spain, and the best preserved Medieval Muslim Royal Palace in the World. In our visit we will walk in the Royal Houses of the Muslim Sultans from the Nasrid Dynasty, founded by Muhammad al-Ahmar, and we will “Read the Alhambra”, by following the Arabic inscriptions in their walls, full of Du’a, Qur’an, poetry and more. We will learn about the downfall of Granada as the last Muslim kingdom and the reasons why it might have happened. After lunch we will travel to Toledo. We will make a Panoramic Tour of Toledo, with photo stop in Mirador del Valle. After we will have a walking tour visiting Zocodover square, street of commerce, Damascen Workshop and the former Mosque of Bab Al-Mardum. After then time for dinner and overnight in Madrid.
Day 5

After breakfast we will make the incredible visit of Madrid, a Panoramic Tour with photo stops in Bernabeu Stadium, Royal Palace, bull fight ring, Cibeles Fountain, Alcala Gate, and more. And we will take a walking tour to the city center in Puerta del Sol and shop for some souvenirs if you like. After lunch we will head to Barcelona. At the arrival we can have dinner in the city center, to experience the life of Barcelona, and after that we head to the hotel to have a good rest. Overnight in Barcelona.
Day 6

After breakfast we will start our day visiting the icon of Barcelona, The Sagrada Familia, a photo stop and free time for shopping souvenir. After that we will visit the Camp Nou football Stadium where it is optional of you to buy the entrance ticket and make a tour around the stadium. Before lunch we will enjoy a panoramic view from the top of Mont Juic, where we can see the port, sea and city of Barcelona – a beautiful and impressive view. After lunch we can spend some time in the fashion factory outlet La Roca. After that, we can go to the city center of Barcelona and visit the old quarters Barrio Gotico, traditional food bazar La Boqueria, where you can enjoy fresh fruits and see the traditional culinary of Spain. Time for dinner and go back to the hotel. Overnight in Barcelona.
Day 7

After breakfast there will be free time until transfer to airport. We will go to the airport 4hrs before flight departure. 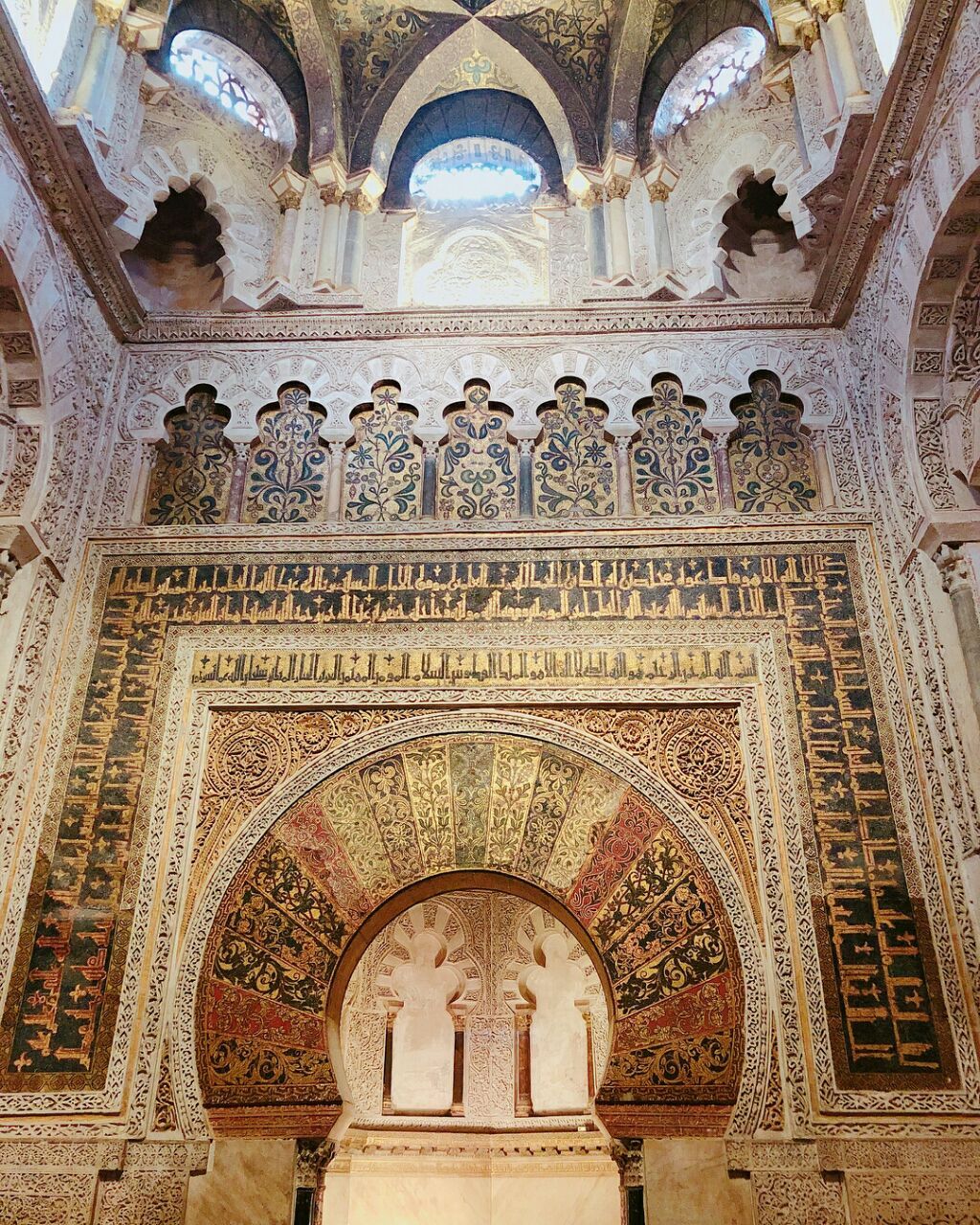 We had unforgettable wonderful memories in Andalusia with Yasin and his professional team, namely Hamzah and Aliudin for 10 days family vacation.
The planning was done professionally and completed in a very short period from first contact to final confirmation. This mainly due to very responsive and communicative way that Yasin has put with his customer always in focus. He even accomodate for arranging the personalized tour and add one more city in the last minute!
Overall we are very impressed with his work and service and also with his team of young, smart, well mannered and custumer oriented team.
We highly recommend all moslem especially from asian countries to have ilimtour and Yasin to be the travelling partner whenever thinking of going to Spain/Andalusia.
Wish him and his team health, success and blessing (Barakah minAllah).

The tour guiders are so friendly. They’ll show you everything you need to know in Spain. Best for Muslim travelers. Definitely will use their service if we’re going to Spain again.

Yasin is a fabulous guide. His knowledge of History, stories around them, and background of area. He has knowledge of Spanish , English and knows his Islam well. He made very good arrangements for hotels, transportation and arranged tour in comfortable way. I have no hesitation in recommending Ilim tours to anyone especially to Muslim tourists

I’m very impressed. Yassin is very humble, kind and full of responsibility. He also explain all with clearly and sometimes made me cry. It was like we are brought into the past. I hope can join with another trip to marocco. Best moslem tour I’ve ever joined. Four thumbs ???? 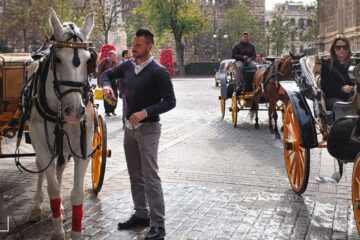 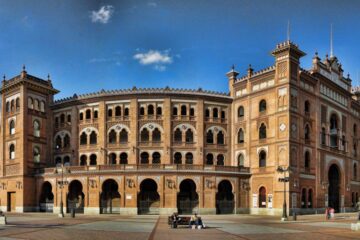 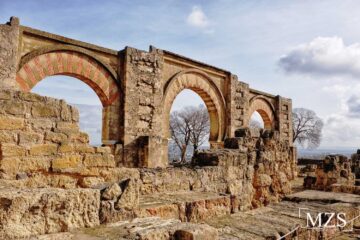